Reading the experiences of Alberto Villoldo in the jungle (see below) made me re-live 2 fear-filled nights spent in caves in rural France – not alone, but in silence.

Four of us were on a shamanic pilgrimage to release the ancient power of three pagan goddesses, Maiden, Woman and Crone. We worked in a cave and in the surrounding woods. 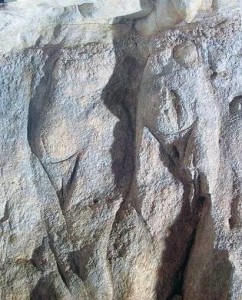 For the Maiden we held a beautiful flower ceremony by the river at dusk.
For the Woman we were told to spend the night in our teaching cave. We were allowed a fire, which we kept going till the early hours. It was scary, but there was an overall sensation of ancestors having been there before us and giving us their protection. 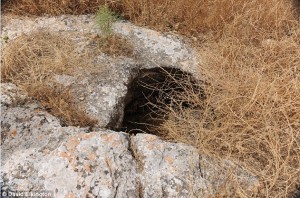 For the Crone our instructions were to fast, then spend the night – or as much of it as possible – in a different cave, one which we later discovered had had a troubled WWII history.

We climbed inside before sunset and laid our sleeping bags as far away from each other as possible. Once the tiny patch of light from the entrance had faded, it was pitch dark and icy cold. Worst of all was the period (20 minutes, 30 minutes?) when a resident population of weasels loudly voiced their fury at their home being occupied by a group of would-be shamans. It was terrifying, but eventually they gave up and went away.

We had scary dreams and sensed the power of the Crone. We also found out later that there were massive holes in the rock floor which we could have fallen through; luckily none of us did.

At 2.00 am having spent 7 hours there we broke our silence and agreed to go home. Never has civilisation seemed so blessed!

Unforgettable experiences, and not bravely repeated as Alberto did with his, but nonetheless ones which helped us to grow.

Postscript: I just listened to the sound of angry weasels on YouTube. The sound still makes  my flesh creep.

How to change Anxiety into Awareness – by Alberto Villoldo of the Four Winds Society.
“Once, when I was doing research in the South American rainforest, the shaman I was with suggested that I spend a night alone at the sandy shore of a tributary of the Amazon River. His one instruction was not to build a fire, because it would keep the animals away and prevent me from being fully immersed in the experience of the rainforest in the darkness.
That night, I experienced the jungle as a terrifying music box. Sound carried for miles. After sunset, the melody of the evening songbirds was replaced by the grunts of the howler monkeys. Soon, it became pitch black. The canopy of the forest blocked out the stars, and there was no moon. I could not even see my hand in front of my face.
I began to hear branches snapping nearby. I was convinced a jaguar was closing in on me and would make me its evening meal. I could feel my heart pounding, my palms sweating, and my body tensing itself to run blindly into the night. I tried to turn on my flashlight, but the batteries were gone. The old Indian had taken them! A frozen eternity went by as I listened to the rustling of branches drawing nearer.
Then I reached into my pocket for the pack of matches I always carried with me. My hands shook so badly that I could not strike the light. I thought I could smell the creature that was stalking me, until I realized it was the smell of my own fear. Finally, as the head of the matchstick burst into flame, I saw a startled and terrified tree monkey staring at me from a few feet away.
I spent the entire night imagining every horrible way to die in the jungle, and whenever I dozed off, I was awakened by dreams of giant snakes. The following morning, when my mentor came for me, I was angry and exhausted, and accused him of irresponsibly putting me in harm’s way. He looked at me with a smile and said, ‘The most annoying creatures here are the bugs.’
The next time I went out alone into the rainforest at night, I allowed myself to experience anxiety in every cell of my body, to completely immerse myself in it. I noticed as my palms began to sweat and my heart to pound. I kept the attention on my body instead of imagining what might be out there. I was surprised that after a while, instead of being consumed by my despair, a part of my awareness was able to separate from it and witness my experience.
I felt myself becoming calm. Images from my childhood appeared in my mind, reminding me of the past times I had experienced fear, and I bathed these images with the feeling of safety that I felt. At last a deep peace settled within me, and I could enjoy the symphony of the rainforest.
The shaman knows that his true demons are within. When his emotions take hold of him, he enters a state of awareness in which he experiences raw, pure emotion, then allows it to detach from his story.
By separating the emotion from the story, he transforms the destructive forces that, left unchecked, would eat away at him. His courage and strength grow, tempering him like steel until one day he’s able to say, ‘If I could live through that, I can live through anything.’ ”
Alberto Villoldo, Ph.D.